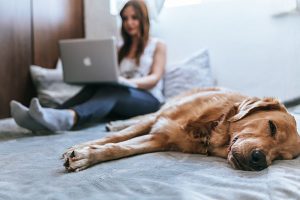 At the start of the year we are often asked about all the things we want to do during the year. We are encouraged to set our goals, objectives and areas of focus.

Now I am certainly one to focus on goals and I love nothing better than a to do list, where I can tick things off when they are done. But there comes a time when it’s important to stop, reflect and to ponder the question – When is enough, enough?

While there is a small and growing minimalist trend, in many aspects of society we are always encouraged to buy more, consume more, do more, or be more. The result is a never-ending list of things to do or achieve, which makes our working days longer, can leave little time to relax and a feeling of always being ‘on’.

Interestingly, there is a growing body of research which shows that longer working hours doesn’t make you more productive.

One such study, from John Pencavel at Stanford University in 2014, found that productivity declines when a person works more than 50 hours each week. Even worse, working 70 hours or more a week causes the person to get the same amount of work done as people who worked 55 hours.

His research encourages employers to care about working hours because of the impact that long working hours have on employee fatigue or stress, which not only reduces their productivity but also increases the probability of errors, accidents, and sickness.

The BBC also reported on analysis which found that long working hours increased the risk of heart disease by 40% (almost the same much as smoking) and strokes. As well, people who worked more than 11 hours a day were almost 2.4 times more likely to have a major depressive episode.

So there’s clear data that supports the case for not working long hours. But often it’s not just work that adds to the long list of things to do. It’s commitments outside work; many of which are well worth doing. However, sometimes there are things you don’t want to do, but you feel obligated to do, or don’t know how to get yourself out of it.

The key is knowing what you want to say ‘no’ to; and that ‘no’ can be one you say to yourself, as well as a ‘no’ you say to others.

I recently found myself in the situation where I knew I was taking on too much as it related to the business. I love coming up with ideas and making changes, so much of that work was self-generated, and I really had no one to blame but myself.

To help me work through what I’d say ‘yes’ or ‘no’ to, I started asking myself two questions:

The second question is important as there are many times when we do things that are worthwhile, but don’t have a tangible business outcome. Instead the outcome is focused on others, giving back and doing something that helps others with no expectation of anything in return. That in turn, enriches your life in so many ways.

For you, your questions may be different. Whatever they are, having questions which help you assess what you do (or don’t do) makes it easier to decide quickly, wisely and with no guilt attached.

It enables you to be intentional, and to then direct your energy in a way that aligns with what really matters.

As the author, Dr Seuss, once wrote – “When he worked, he really worked. But when he played, he really PLAYED.”