Are you really choosing? - Michelle Gibbings
Skip to content
Posted on November 7, 2019 at 2:32 pm 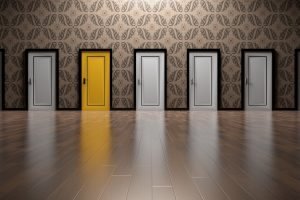 It’s highly unlikely that you woke us this morning and thought ‘My goal today is to make a really bad decision’. And yet, it can be so easy to make poor decisions.

As the field of behavioural economics shows we are not rational beings, and we regularly make imperfect decisions. We make decisions based on emotions, use mental shortcuts to find the answer, and can easily be short sighted and cognitively lazy.

So, if you had to make a really important decision what time of day do you think would be better to make the decision? Morning or afternoon, or something else?

Well it turns out that your decision is not just influenced by the time of day but whether you’ve eaten or not.

In 2011, researchers Shai Danziger, Jonathan Levav, and Liora Avnaim-Pesso released their study which looked at factors that can influence how decisions are made.

In their case, judicial rulings, whereby they examined more than 1000 rulings made by Israeli judges in 2009. These judges were presiding over parole hearings in criminal cases.

They found that the judges were more lenient at the beginning of the day, as well as immediately after lunch. This meant that prisoners were more likely to get a favourable parole ruling if their case was heard at the start of the day. From then on, the likelihood would steadily decline from about 65% to almost zero. It would only go back up to about 65% after the judge had been on a break and eaten.

You can liken your brain to your mobile phone battery. When you go to sleep at night the battery is empty, and when you wake up in the morning it’s fully charged. Then, each time you make a conscious decision it drains the battery of energy. So much so, that by the end of the working day your brain’s decision battery is very much depleted.

It’s at that time of the day that you can fall into the trap of default thinking. That is, deciding the way you have always decided. This is your brain taking the path of least resistance and using it’s established patterns of thinking and deciding.

Of course, this doesn’t automatically mean you’ll make a bad decision. However, when you are facing new situations, trying to solve a complex problem or engaging in a difficult conversation deciding the way you’ve always decided may well be sub optimal.

That’s why the concept of ‘sleeping on it’ is really sound advice. You can also establish processes that help ensure you are examining issues from multiple perspectives by having people around you who will challenge your thought processes.

One useful technique is the practice of having people in the team who build the counter arguments to ideas and solutions. They ask ‘What’s the strongest reason to do something else?’, and they ask that question for several rounds of answers.

As well, researchers at INSEAD and The Wharton School found that a 15-minute breathing meditation can help people remove bias from their decision making. The study looked at people’s reactions to ‘sunk cost’ bias and found that meditating encouraged people to make better decisions by focusing on the available information, while ignoring some of the issues that normally give rise to a sunk cost bias.

Good decision making doesn’t happen by accident. It helps to be deliberate about how and when you make decisions.

Getting you ready for tomorrow, today®.

psnews.com.au: Can you be sure no one’s watching?

What will you gift yourself?