The unexpected benefits of the detour - Michelle Gibbings
Skip to content
Posted on September 17, 2020 at 11:59 am 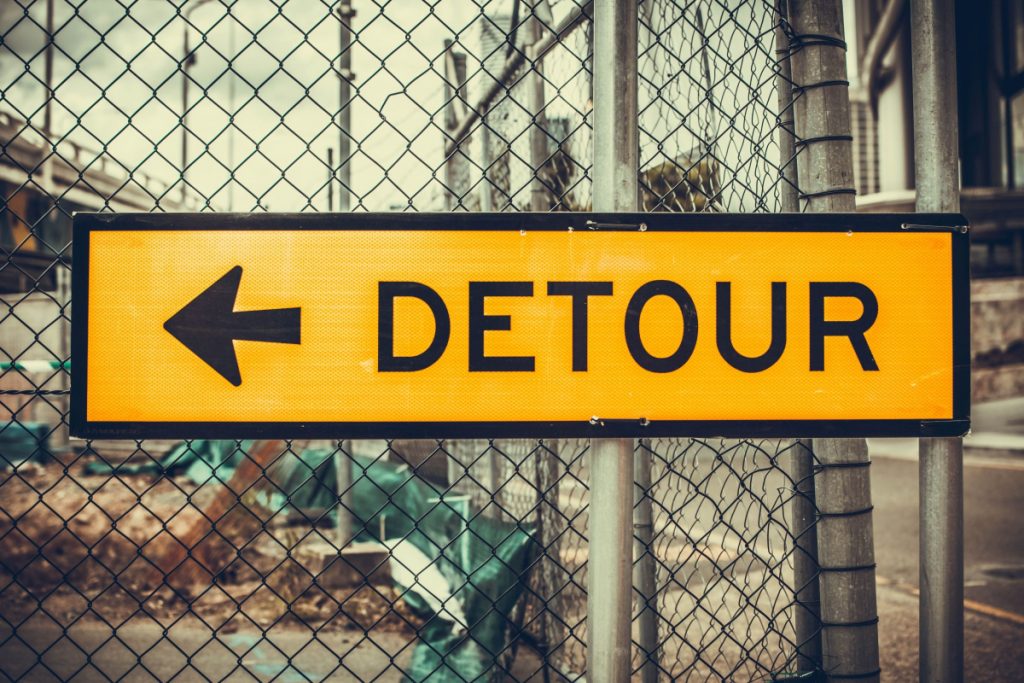 In the Lewis Carrol book, Alice’s Adventures in Wonderland, Alice follows the White Rabbit and falls down a rabbit hole, which is the start of a series of adventures.

If you recall the story, you’ll know that at one point she comes across the Cheshire Cat in the woods and inquires:

“Would you tell me, please, which way I ought to go from here?”

“That depends a good deal on where you want to get to,” said the Cat.

“I don’t much care where–” said Alice.

“Then it doesn’t matter which way you go,” said the Cat.

“–so long as I get SOMEWHERE,” Alice added as an explanation.

We all want to get somewhere. The problem is, sometimes it can be hard to pinpoint what that somewhere is, and we expect the journey to that somewhere to be linear (and perhaps easy).

But like most good things in life, getting to an excellent destination often involves a few roundabouts, detours and perhaps even getting lost. It’s in those moments of challenge and frustration that we often the discover the best of who we are, and unexpected opportunities arise.

This too applies to your career.

The once held view of careers as linear progression is long gone. As the world of work changes not just the work we do, but how we do it, it’s time to reimagine the idea of career planning.

In such a linear career world, the expectation was for a person to specialise and get a trade or university degree, and to work their way up the hierarchy. People with a career focus looked ahead with a 10-year career plan in mind.

The workforce today demands a different type of career planning.

The rapid breadth and pace of technological change is creating totally new working environments and opportunities. At the same time, with borderless teams, co-working spaces, and the increasing rise of the gig economy, careers these days are fluid, flexible, organic and adaptive – requiring a degree of reinvention at points throughout a person’s career life-cycle.

As well, as we have seen recently, there can be massive and unexpected curve-balls that can throw you off course.

Having been there before, I know what it’s like. It’s hard, but it also creates space for you to work through what can come next. And what comes next can often be even better than what has come before. 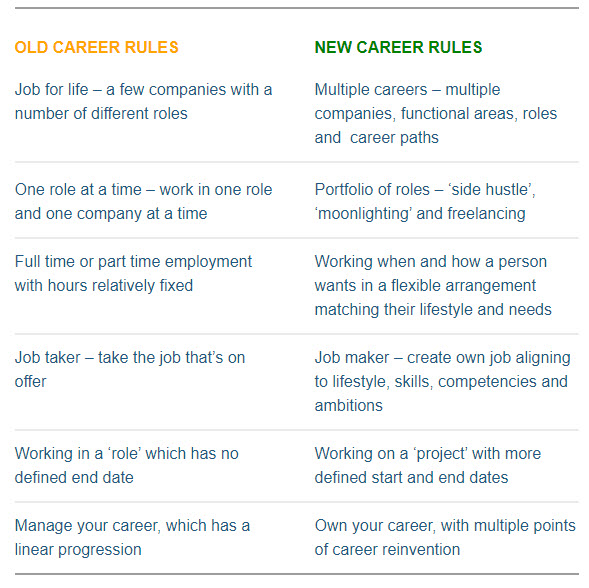 As Salim Ismail, the author of Exponential Organisations, said: “Today, if you’re not disrupting yourself, someone else is; your fate is to be either the disrupter or the disrupted. There is no middle ground.”

Whilst his comments were referencing organisations, the same can be said for a person’s career.

For example, PWC outlined four potential future of work scenarios based on the way people and organisations focus on collective or individual needs and gain, and operate in an integrated or fragmented manner.

Using such scenarios, you can look ahead and examine where your industry and occupation is heading, and how far you need to alter and adapt to be equipped for what the future holds.

Shift your perspective
This may require a shift in how you see the nature of your work.

In the past, the concept of a portfolio career was seen as something that someone does towards the latter half of their career. However, today, it equally applies to people early on or mid-way through their career. In fact, US figures report that more than half of the country’s millennials have a side hustle.

Having a portfolio career requires people to have a more active, flexible and engaging approach to their career, where they are ready and equipped to embrace change at any moment, and intent on designing and orchestrating their own career life-cycle.

Whatever choice you make, rather than seeing the detour as a waste, embrace the opportunity that lies within.

Want to create a workplace where you excel? Bad Boss shows you how to make relationships at work, work. Click here to buy now.

She Defined: 8 ways to supercharge your career

Insurance Business Magazine: Why friendships are important at work