We say we want it, but only to the point we aren't disrupted - Michelle Gibbings
Skip to content
Posted on July 5, 2018 at 3:30 pm 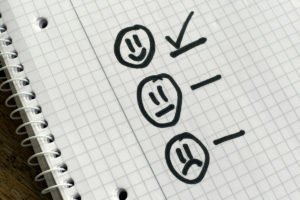 If you’ve been shopping lately, have you remembered to take your reusable shopping bag?

I’ve been watching with interest the roll out of the ban on single use plastic bags in various parts of Australia, because it’s a timely reminder of the challenges of making change happen.

Consequently, the ban didn’t happen without notice, and yet on the day bags were withdrawn some people demonstrated their frustration and annoyance by abandoning their shopping trolley and hurling abuse at staff.

There was also what appeared to be an inconsistent standard applied because while the single use bags were removed, you could pay for a slightly sturdier plastic bag. That exacerbated some people’s frustration.

Despite what side of the fence you sit on with this debate, there are good learnings to derive about the incongruence and adaptability of human behaviour.

In life – at home and work – we often face a conflict between our ‘espoused values’ and ‘values in use’.

These terms were coined by Argyris and Schon back in 1974. Your espoused values are the values you talk about.  For example, you might say you value honesty. Yet, if you are given an honest answer to a question such as ‘Have I put on weight?’, and the answer is ‘Yes’ you may not be happy with the response.

Your response is your values in use. Your values in use are the values that you use every day – at work, home and in all facets of life. For example, you might say you value good leadership, and yet exhibit poor leadership when dealing with direct reports you find hard to work with.

In the case of the environment, research shows that most Australians say they care about the environment, and will take steps to protect it. You get similar results in other parts of the world.

However, what we say and do can be two different things. As a result, whilst people say they support the environment, they can also be irritated by a change that is helping the environment.

Why?  Because we have ingrained patterns of behaviour and it takes nudges and sometimes compulsion to make us change and build new habits that stick.

We don’t like it when our routine is changed, as we feel inconvenienced.  We react differently when we feel like change is being forced on us, rather than having opted for it ourselves.

Behaviour change, in ourselves and others, doesn’t come easy. It’s the same with organisational change.

Management and leadership guru, Gary Hamel said: “You can’t build an adaptable organization without adaptable people–and individuals change only when they have to, or when they want to”.

This means that despite how much preparation you put into a change, how well executed it is, there is always going to be someone who is going to struggle with the change. They may grumble. Try to find ways around it, ignore it or actively work against it.

Despite this, the good news is that as humans we are incredibly adaptable. Change has always been around us and so adapting has always been something humans have been equipped to do.

Of course, people adapt at different speeds and in different ways. Even for those people who initially moan about a change, they will adjust and adapt in time, they are just needing more support and more nudges to make it happen. The biggest nudge of all being when they don’t have any choice but to adapt.

Over time, new habits and routines are established and the discomfort from changing fades into memory.  And so we move on, grow, adapt and hopefully flourish, and then we do it all again when the next change arises!

So where do you need to be nudged to change?

Getting you ready for tomorrow, today!

Michelle Gibbings is a change leadership and career expert and founder of Change Meridian.  Michelle works with global leaders and teams to help them get fit for the future of work. She is the Author of ‘Step Up: How to Build Your Influence at Work’ and ‘Career Leap: How to Reinvent and Liberate your Career’.  For more information: www.michellegibbings.com or contact [email protected].

What’s around the corner?

What do you really know?