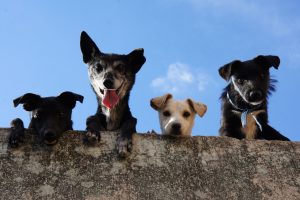 As the latest edition of the TV show Survivor unfolds you can once again watch the cast members build alliances, ditch alliances and generally scheme and plot their way to the top of the totem pole.

Loyalty between the players lasts for a while, but at some stage they know that to win the game they’ll need to cast it aside. It can be hard to watch, and no doubt for some of them hard to do.

When we think about what it means to be loyal, words like faith, support, allegiance and sincerity come to mind.

Loyalty is important to us. It strengthens connections and relationships.

In our personal and working life, we love having people around us who are loyal. People who have our backs, support and encourage us. They’re not fair-weather friends; instead they’ll be there when we need it.

American, Author, Mario Gianluigi Puzo, best known as the author of the book ‘The Godfather’ once remarked: “The strength of a family, like the strength of an army, is in its loyalty to each other.”

But can loyalty go too far?

What would you do if the person you are being loyal to asks you to do something you don’t agree with? What if being loyal to someone else, means being disloyal to yourself?

So who are you loyal to, and how does that impact what you do or don’t do, say or don’t say?

Firstly, let’s start with you, because we often don’t think about what being loyal to ourselves means.

To me, it’s about self-care – treating yourself with the same kindness, care and compassion you show to those you love.

Self-care isn’t selfish. You don’t recklessly discard the feelings and concerns of others, but you recognise that you matter. Your needs matter, and in many situations if you don’t care for yourself you can’t be your best for those who need you the most.

Next, loyalty to others.

These aren’t spiteful conversations, but conversations that are designed to ensure the relationship is healthy and progressive. They are having the conversation with you because they genuinely care about you.

In a team environment, if you’re the leader you’ll want to have a team that supports and backs each other – one that is loyal. It can be easy, however, to fall into the trap of mistaking agreement for loyalty.

The best teams can be loyal to each other, and still fiercely and productively debate and disagree with each other. If everyone is blindly loyal to each other, they miss out on the opportunity to learn and grow, and it’s likely that issues will go underground and dissent silenced because it’s seen as disloyalty.

In an interview with 60 Minutes back in 1983, Grace Murray Hopper, a pioneer of computer programming and US Navy Rear Admiral said: “Leadership is a two way street, loyalty up and loyalty down”.

Getting you ready for tomorrow, today®.Michelle Gibbings is a workplace expert, working with global leaders to build workplaces where leaders and employees thrive and great things happen. She is the Author of ‘Step Up: How to Build Your Influence at Work’, ‘Career Leap: How to Reinvent and Liberate your Career’ and the new book ‘Bad Boss: What to do if you work for one, manage one or are one’.
www.michellegibbings.com.