Are you owning your part? - Michelle Gibbings workplace culture
Skip to content
Posted on December 6, 2018 at 7:03 am 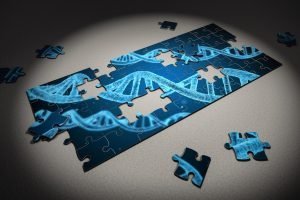 Read the newspaper and online journals or watch and listen to the news and you’ll see many instances over the last 12 months where an organisation’s culture has been deemed to be at the root cause of organisational malaise, regulatory breaches or bad customer service.

2018 hasn’t been a stellar year for the culture of many organisations.

No doubt you’ll have heard culture referred to as ‘the way things are done around here’. It includes the unwritten rules of behaviour about what is acceptable and not acceptable, and it’s pervasive.

As tribal creatures we notice what other people are doing and often easily adopt and accept the behaviour of those around us to help us adapt to our surroundings.

This adaptation often happens faster than we realise.

In the early 1970s, a primatologist – Hans Kummer – was working in Ethiopia with two species of baboons. The first species were Savanna baboons which live in large troops. The other species were Hamadryas baboons which have a more complex and multi-level society. When confronted with a threatening male the females of the two species reacted differently: a Hamadryas baboon placated the male by approaching him, whereas a Savanna baboon would run away to avoid injury.

Kummer took a female from each group and released them into the alternate tribe. What he found was that initially these two females carried out their species-typical behaviour. That is, they behaved the way they always have in the past. However, it didn’t take long for them to be socialised to the new way of behaving. How long? Around an hour.

Of course, we’d like to think we are more evolved than baboons and therefore are more conscious of what is influencing our behaviour. And yet, we are often more influenced than we realise.

This process of ‘culturalisation’ can happen to all of us. If you reflect on your first day at work (which may have been some time ago) you would have been acutely aware of the new environment and be seeking to find ways to fit in and make it work.

If you committed a social faux pas, someone would have either pulled you aside to say something or you would have got strange looks from colleagues. As tribal creatures we easily shun people who don’t conform to and adopt the conventional way of behaving. If people do something that is different to everyone else, it’s noticed and pointed out.

As a result, it usually doesn’t take long for the required social cues and behaviours to be adopted.

The danger is when you are ‘in the culture’ you may not notice how the culture is playing out and the impact it’s having on you and your behaviour – either positively and negatively.

There’s no doubt that culture is bigger than one person. However, regardless of your role you can have a degree of influence on the organisation’s culture. You are not only in the culture and influenced by it, but you are part of the influencing forces in the culture as how you behave each day impacts your immediate work environment. The span of that influence may be narrow or wide, deep or shallow.

Obviously the more senior you are, the greater your impact, but regardless of where you sit your actions each day impact the organisation’s culture.

Elevating your awareness and taking stock of the culture’s impact on you and your behaviour is important. So too, is understanding the role you play in shaping the culture around you.

It’s easy to sit back and think it is someone else’s responsibility to create the right type of organisational culture. It’s not. You get to play a part too!

As the former CEO of Starbucks, Howard Schultz said: